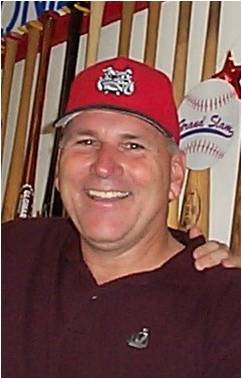 Baseball Total Access is your one-stop source for baseball training and development. Our online Membership Levels offer professional instruction, tips, video tutorials as well as direct access to the coaching staff via e-mail. Educating all who want to know more about the game of baseball is our goal. Our coaching philosophies have a proven with a track record of success, and we have helped thousands of players maximize their potential through every level of organized baseball from little league to the professional levels.

Bob Smith has spent over 30 years working in baseball at the youth, college and professional levels. Bobs long history, of coaching, scouting and instructional experience, Bob has created written and video instructions on all aspects of the game. These techniques have been instrumental in the development of thousands of students into successful little league all-stars to major league ballplayers.

Coach Smith’s approach to teaching the game of baseball has a proven track record of success with players of all skill levels. With an emphasis on fundamentals, Bob has the ability teach the mental game works in conjunction with physical skills to unlock each player's ultimate potential.

Bob Smith has over 30 years of coaching experience and has spent the last 10 years jumping back and forth from college coaching and professional scouting. Bob founded the Richmond Baseball Academy in 1995, a program that has developed over 200 college baseball players. Including first-round MLB draft picks Matt Moses (#21, 2003) and Justin Verlander (#2, 2004), the 2006 American League Rookie of the Year.

Smith has also held the position of assistant coach to the baseball programs at the University of Kentucky (1987-91), where he coached infielders and pitchers, and the University of Tennessee (1983-87), instructing both the catchers and outfielders.

Coach Smith earned a bachelor’s degree in physical education from Mississippi State University in 1981 and completed his masters of education at Louisiana State University in 1983. At Mississippi State, he was a member of the baseball team (1979-80) that finished fifth in the college world series, with a record of 48-12, and was a graduate assistant baseball coach at LSU from 1981-1983.

Bob resides in Richmond, VA, with his wife Julie and daughter Jamie.

Bob Smith In the Media